This is "Untitled" by Sadal Melik on Vimeo, the home for high quality videos and the people who love them. 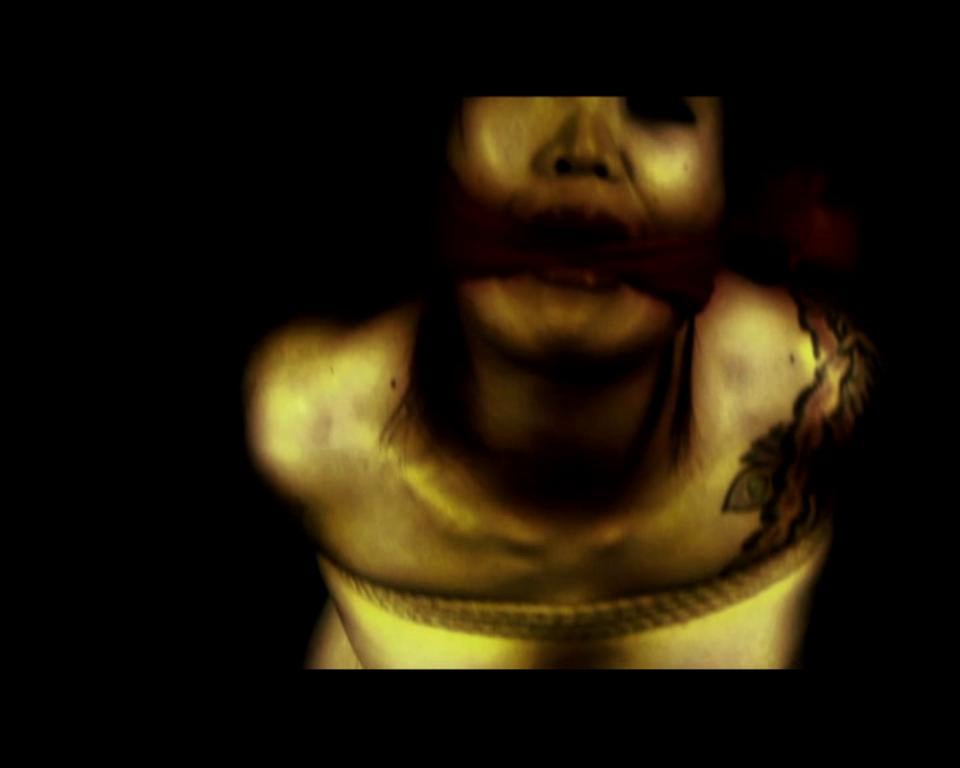 Please let me know what you think! Leave a comment and/or [Like]... Song title: Extacy Music: SaBo-FX Video (edit): SaBo-FX Contains Sample: Nelly Furtado - Say it right More info on original track: en.wikipedia.org/wiki/Say_It_Right Models (in order of appearance): Ciara Price Jessika Alaura Kyra Milan Victoria Moore Amanda Duncan [Your sister] Music Background info: This track started out as a remix of Bonnie Tyler's 'Holding out for a hero'. But I changed so much that it is barely recognizable as such. While I was working on the track, my friend DJ XDC dropped by my studio. He listened to the music and though the track was based on Nelly Furtado's 'Say it right'. We were curious how Nelly's vocal would sound combined with my music. And lo and behold... it is actually quite an interesting match. However the acapella sample also contains backing vocals that are totally out of sync. That's why I limited the use of the vocal to the chorus. The quality of the acapella sample was questionable at best. So forgive me that it's pretty hard to understand the lyrics. In case anyone wonders, here are the lyrics of the chorus: "Oh you don't mean nothing at all to me No you don't mean nothing at all to me Don't you got what it takes to set me free Oh you could mean everything to me" Video Background info: This video contains some of the highest quality video footage I´ve ever had the luck to get my hands on. I think it has resulted in one of my best videos so far. But, 'you be the judge!' of course. For this video I limited the use of special effects to preserve the quality of the original(s). You might remember from the description of my previous video ('Wet') that I was complaining about the lack of computer power to handle the video editing. I have good news in that department. By the time you read this, I'll have received my super sweet new video workstation, that I ordered last week. Some specs: Intel® Core™ i7-2600K, GeForce GTX 570 / 1.2 GB on-board, SSD Crucial CT128M4SSD2, Corsair 16 GB DDR3-1333 So hopefully all this raw power results in better videos :-) Credits / disclaimer: First of all, let me credit Playboy for providing the high quality footage in this video! There´s no doubt in my mind, that the videos play a large role in introducing my music to the world. For several reasons, I had to cut out most the 'cracks and nipples' from the original footage. The original footage from Playboy was juicier. But I simply don't need a lawsuit from Playboy. So don't let me stop you from downloading the uncensored video from the playboy website. This requires a paid subscription. (just so you know). Big thanks to all who have contributed to this video! Download high quality MP3 versions of all my trax for free (including the music of this video): ftp://youtube:[email protected]:3306/ (copy the line above and paste into your browser address bar) Or check out all my music at my SoundCloud page: soundcloud.com/sabo-fx/ And/or sign up to my twitter: twitter.com/#sabofx Hit the [subscribe] button to automatically receive a notification of my future video releases. Recommendations: Listen to the music on either a headphone or some big ass speakers (to fully enjoy the baseline). Watch the video in 720p for the ultimate audiovisual experience! Don't forget to visit my website to check out my other productions. (sabo-fx.net) Audio/Video software used: (no hardware synth) * Cakewalk Sonar 8.5.3 * Adobe Audition CS5.5 * VST Re-FX Nexus 2 * Adobe After effects CS5.5 * Trapcode plugins (for After FX) * ffmpeg Thanx & greetz: * DJ Lucky Dice, for providing me with some excellent drum loops that I used in this song. * My girlfriend for reviewing the video, giving honest feedback and putting up with my obsessive behavior in general. * Amsterdam VIP Service™ for their continuous support!

This is "Action 5 & 6" by Orange on Vimeo, the home for high quality videos and the people who love them.

Abstract: General-purpose Graphics Processing Units (GPGPU or GPU) have been widely adopted by modern supercomputers due to their superior performance and energy efficiency. However, the separate host and device requires programmers to use multiple programming models, such as CUDA and Message Passing Interface (MPI), to operate on data in different memory spaces. This challenge becomes more difficult to tackle when non-contiguous data in multidimensional structures is used by real-world applications. In this talk, I will introduce the GPU-Aware MPI to unify host memory and device memory using standard interfaces of MPI. The benefits of using GPU-Aware MPI, including simplify programming and optimize performance, will be presented. In the second part of my talk, I will introduce how to redesign applications with the GPU-Aware MPI using a production application, i.e., the multiphase 3D Lattice Boltzmann Method (LBM) in Computational Fluid Dynamics, as an example. I will illustrate the effectiveness of the GPU-Aware MPI with the performance and scalability results of the largest-scale simulation of LBM ever conducted on Titan supercomputer. Speaker: Hao Wang is a research associate at the Department of Computer Science, Virginia Tech. He got his Ph.D. from the Institute of Computing Technology, Chinese Academy of Sciences. His research focuses on High Performance Computing, in particular, parallel computing architecture and algorithm, and distributed system for big data analytics. He has published more than 30 papers in conferences and journals related to these research areas. Hao designs and implements the GPU-Aware MPI, which has been adopted by open-source MPI libraries MVAPICH2, OpenMPI, and MPICH2, and used by production applications in the supercomputing centers all around the world, including Oak Ridge National Laboratory, Texas Advanced Computing Center, San Diego Supercomputer Center, Swiss National Supercomputing Center, etc.

The style of the video is meant to be reminiscent of the 1950s, since the film was released in 1957. This was made to compliment my Seventh Seal poster, and to get some practice with AfterEffects: bybrettjohnson.com/#/work/the-seventh-seal/

Cyber Wars - What Will It Take?

Will our public and private sector leaders recognize the threats in time, or will it take a catastrophic cyber attack to bring home the fact that data is our greatest vulnerability? PKWARE's Cyber Wars roundtable discussions bring together industry experts to identify our most serious cybersecurity challenges and the solutions that can address them.

1 of 8 Fallen Angels(Illuminati in Movies)

Do you like the iconic trio of New York Hip Hoppers known as the Beastie Boys? What about the French robotic electronic music duo Daft Punk? Well I made a music video for a mashup of the two. I hope you enjoy it! Original Mashup by iPunx sowndhaus.audio/track/5526/intergalactic-robot-rock-aka-daft-boys-daft-punk-vs-beastie-boys follow me IG @pmr.1984 twitter @pmroanhouse roanhouse.com Do you ♥ #DaftPunk #EDM ? Do you ♥ #beastieboys ? Do you ♥ getting #Intergalatic to #RobotRock ? Well check my #MusicVideo #PDX #filmmaking #workingfromhome #VideoEditor