To purchase the extras filled DVD of Actress Apocalypse go to: actressapocalypse.com A critically acclaimed film by Richard R. Anasky 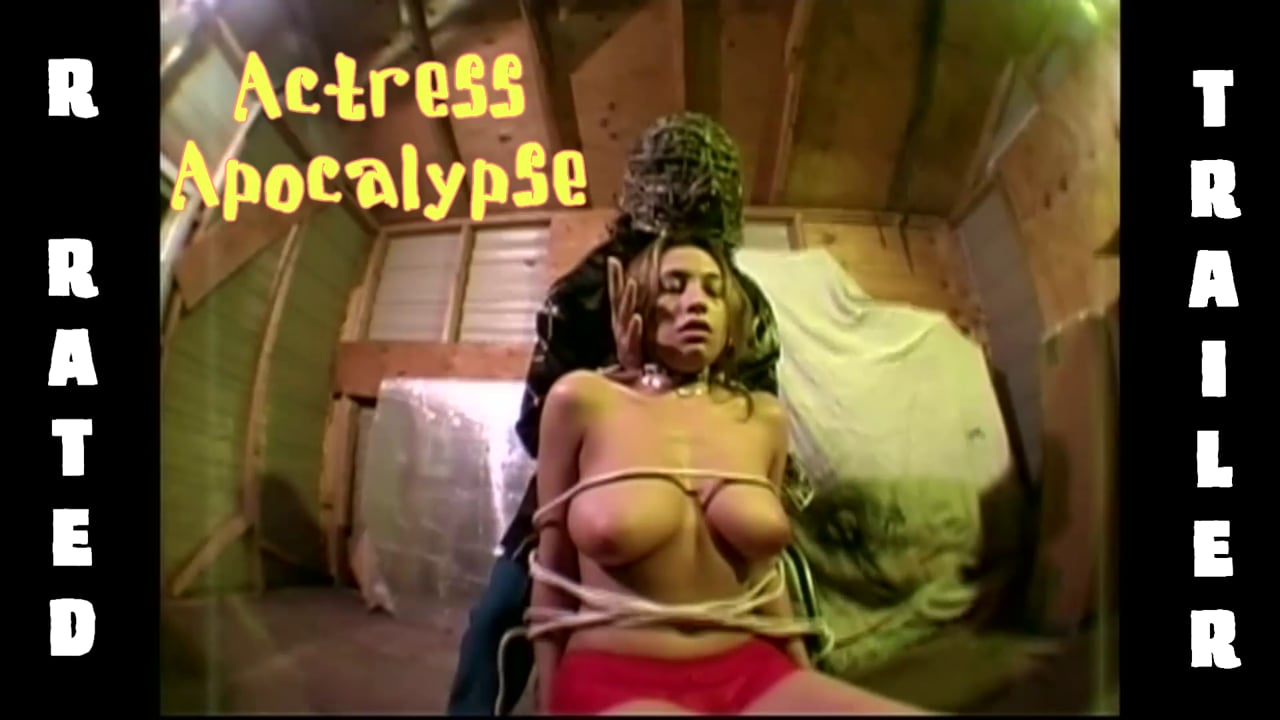 Hear the original ZZ Top Eliminator rehearsal tapes at: vimeo.com/215450297 +++ This Video and Music by Linden Hudson. Who is Linden Hudson? CLASSICBANDS DOT COM said: “According to former roadie David Blayney in his book SHARP DRESSED MEN: sound engineer Linden Hudson co-wrote much of the material on the ZZ Top ELIMINATOR album.” (ZZ Top never opted to give Linden credit, nor did the band opt to pay Linden, they treated him like dirt) (there was a limited lawsuit, which took years and brought Linden limited financial compensation) +++ LICKLIBRARY DOT COM (2013 interview) ZZ TOP'S BILLY GIBBONS SAID: “the Eliminator sessions in 1983 were guided largely by another one of our associates, Linden Hudson, a gifted engineer, during the development of those compositions.” (end quote) (Gibbons admits this after 30 years, but offers Linden no apology or reparations for lack of credit/royalties) ++ MUSICRADAR DOT COM (2013 interview with ZZ Top's guitarist Billy Gibbons broke 30 years of silence about Linden Hudson introducing synthesizers into ZZ Top's sound.) Gibbons said: “This was a really interesting turning point. We had befriended somebody who would become an influential associate, a guy named Linden Hudson. He was a gifted songwriter and had production skills that were leading the pack at times. He brought some elements to the forefront that helped reshape what ZZ Top were doing, starting in the studio and eventually to the live stage. Linden had no fear and was eager to experiment in ways that would frighten most bands. But we followed suit, and the synthesizers started to show up on record.” +++ Read Linden's story of the making of the super-famous ZZ Top ELIMINATOR album at: flickr.com/people/[email protected]/ +++ The Linden Hudson story has returned after more than 30 years to haunt Billy Gibbons. The internet made that possible. +++ LINDEN HUDSON IS IN WIKIPEDIA (do a "find" on each page for Linden) GO TO: en.wikipedia.org/wiki/ZZ_Top +++ AND GO TO: en.wikipedia.org/wiki/Eliminator_(album) GO TO: en.wikipedia.org/wiki/Sharp_Dressed_Man +++ AND GO TO: en.wikipedia.org/wiki/Legs_(song) GO TO: en.wikipedia.org/wiki/Got_Me_Under_Pressure +++ AND GO TO: en.wikipedia.org/wiki/TV_Dinners_(song) GO TO: en.wikipedia.org/wiki/Musical_plagiarism ++ ABOUT THIS VIDEO "BUNNY GIRL": Guitars, Voices, Music by L Hudson. Cricket sounds recorded by Linden in Austin on Zoom recorder. The hot nude model is Liz Ashley (has modeled for Playboy, Penthouse, Hustler). Video shot by Linden in his house. ++(In 2015 Linden's Vimeo channel received 3.2 million views. In the 5 year period of 2010 to 2015 it was 8.5 million views.

This is "КАД: ПОЧЕМУ США НЕ ВВЕЛИ САНКЦИИ" by Pavel Dalnoboy on Vimeo, the home for high quality videos and the people who love them.

This is "Mary Rey - Behind Scenes Photoshoot" by DarienX on Vimeo, the home for high quality videos and the people who love them.

How to Tie a Basic Crotchrope

The Native Plant Garden Tour goes online for 2020! I give a tour of my garden, and pontificate on such things as bees, watering, rain barrels, milkweed for Monarch butterflies, feeding grass to cats, and elderberry ice cream! The opinions expressed herein are not necessarily those of the Theodore Payne Foundation.

The Great Beyond :: Astroglider :: Music Video

the great beyond (2013) previously unreleased buy it at bandcamp: astroglider.bandcamp.com/track/the-great-beyond astroglider makes music for headphones. a lot of it is electronic, and a lot of it is not. all of it is a personal hobby and a creative outlet.

Journey to the city village of Kila Kila and witnes the competition for the next Hiri Queen, who will compete against girls from 22 Motuan villages An extract from the Film, Hiri Moale, The Journey

Our talented interns collaborated together to make this short in a few weeks over the summer, learning our pipeline and tools. Produced at Blue Zoo Animation Studio Directed by JÉRÉMY CISSÉ Animated by JULIA MILLAN, OLEKSIY POPOV & MARCUS TAYLOR Sound design by JOHN SUTHERLAND Music by BRUCE MAGINNIS

This is "Марина" by Аркадий Лиджиев on Vimeo, the home for high quality videos and the people who love them.

A promotional corporate video that we produced for Axelerom International. It presents the spirit and vision of the company.