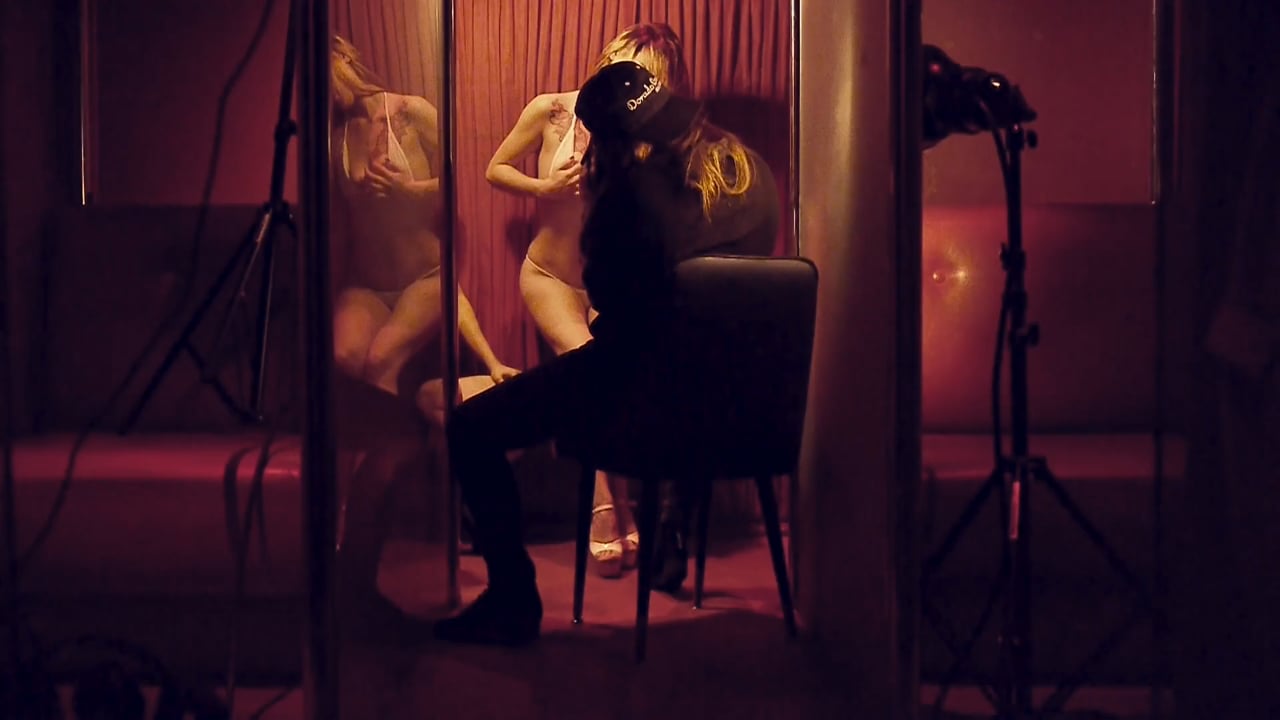 AcT II Choreography/dance: Irina Demina Music: A. Adan “Giselle” (2nd act) Editing: Irina Demina Light design: Daniel Paiva de Miranda Classical ballet meets Berlin techno club, meets Lars von Trier, meets folk dance, meets “Self-unfinished”… “ACT II” is a solo remake that relocates the folk legend of dancing female spirits Vilas into contemporary dance landscape. A starting point is a ghost-like figure of Vila, Slavic version of nymphs. According to the pagan legend Vilas are the spirits of brides who died before wedding, at the night time they come back from the underworld and lure young men to dance, dancing them to death. In the Western world Vilas are indelibly connected with the Romantic ballet “Giselle” with its interpretation of spectral Vilas appearing in the second act, who almost snatch away the hero's life-breath, but must disappear at the break of dawn. In an abstract humorous way, turning things upside down, I invite us to reflect on the topics of female sexuality, femininity, mysticism, depth and wisdom coded in folklore traditions. How traditional are the traditions? Who are these folklore female figures today? And how would they be (folk) dancing? And who am I (are we) in this world of poetic embodied folklore? A hologram image? A crack of reality? An awkward grace? A skinless body? An uncomfortable truth? ? with kind support: ADA Studio (Berlin), Seoul Dance Centre (Seoul), Fjelldansen/Frikar SMIA (Valdres, Norway), Lake studios (Berlin), DOCK 11 (Berlin), Deep in the Mountains (PyeongChang, S. Korea), Alfred Töpfer Stiftung F.V.S., Goethe Institute Norway. irinademina.com/akt-ii

The new 55th performance "The Activist" is very special because in order to see the entire video viewers had to become activists themselves and help to reach 15.000 views. "Thank You" to everyone who helped to reach that goal! The supporters version of this session can be found here: vimeo.com/neilcurtis/hiddenactivist A LIST OF ALL REPLACE CLOTHES WITH PAINT VIDEOS CAN BE FOUND AT neilcurtis.com PLEASE NOTE that some of the videos only show the first part of the performance and the full versions can only be seen by the supporters. This is part of a campaign to raise money to help finance further sessions and keep the project alive. To become a supporter please donate at least 50 € / 60 US$ (or more) at paypal.me/isupportyou THANK YOU! NEIL THE FIRST TEN SESSIONS – vimeo.com/neilcurtis/thefirst10 THE NEW YORK PERFORMANCE – vimeo.com/neilcurtis/usa THE NEIL CURTIS DOCUMENTARY – vimeo.com/neilcurtis/rcwpdocumentary INSTAGRAM: instagram.com/neilcurtis TWITTER: twitter.com/neilcurtisnews FACEBOOK: fb.me/neil.curtis.page